Adaptive neural network expansion module ready to plug in a PCIe expansion bus so you can access a NeuroMem® digital neural network to learn, classify and monitor your data. The module is available with three different capacity of neurons including 2304, 4608, and 9216 neurons.

Neuromorphic memory NT Adaptive PCIe series control boards have no microcontroller and can be mounted in any PC or other device with a PCIe connector. NT Adaptive PCIe boards come in three versions – with 4, 8 or 16 neural chips.

The opportunity of neuromorphic to identify the positions of circuit breakers, LEDs indicating real equipment is presented.

The program is developed on Python and combines various options for demonstrating the possibility of neuromorphic chips. Recognition of positions of automatic power supply units, light indication of control lamps, indications of dial gauges, values of seven-segment indicators, positions of biscuit switches.

The demo program written in Python is shown. This demo program uses a combination of the OpenCV open library and the CM1K chip (NM500) when working with the PCIe expansion board. OpenCV was used to search for faces in photographs, the training and recognition of the faces themselves was performed using neuromorphic chips.

The NT Adaptive PCIe is a fully parallel silicon neural network – it is a chain of identical elements (neurons) addressed in parallel and which have their own “genetic” material to learn and recall patterns without running a single line of code and without reporting to any supervising unit. In addition, the neurons fully collaborate with each other through a bi-directional and parallel neuron bus which is the key to accuracy, adaptivity and speed performance. Indeed, each neuron incorporates information from all the other neurons into its own learning logic and into its response logic.
Access to the network is through the PCIe interface.

These operations are executed through API functions.

The content of each neuron is saved in 263 bytes as follows: 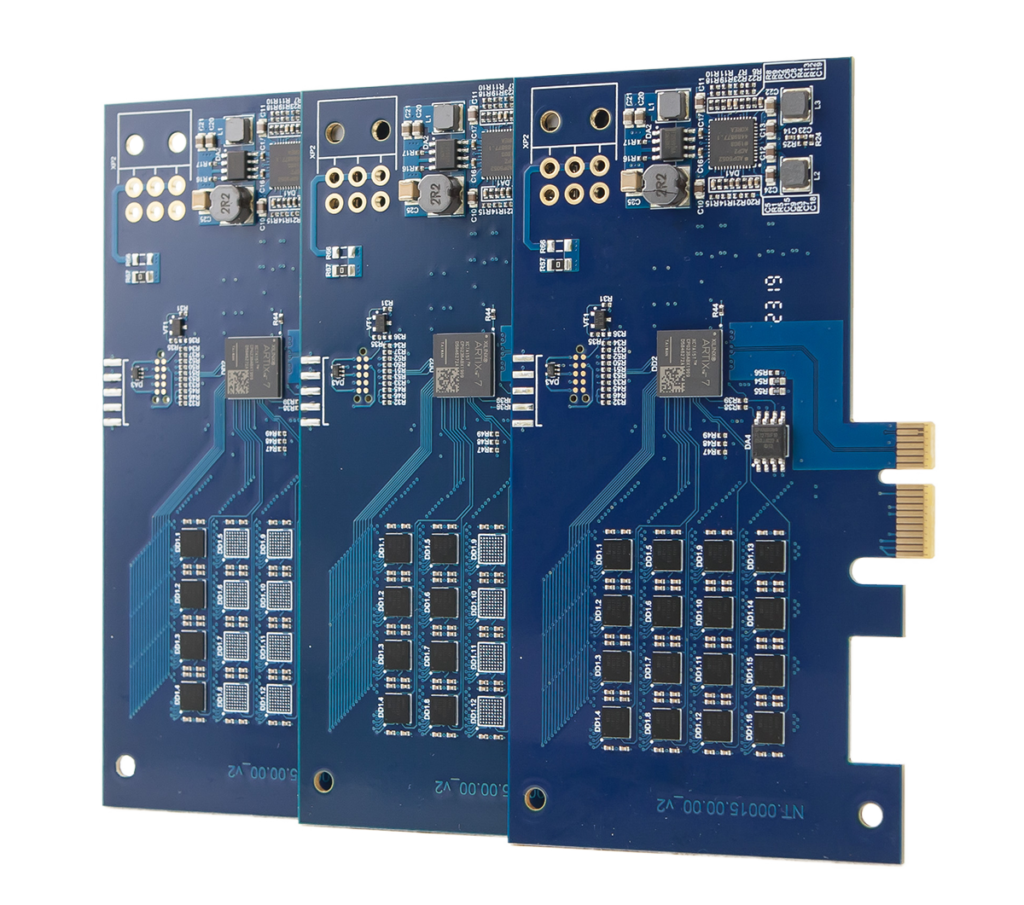 Signal recognition process in neuromorphic chips takes place at the hardware level and makes huge acceleration for central processor. Controllers recognize signals in microseconds with only milliwats of power. 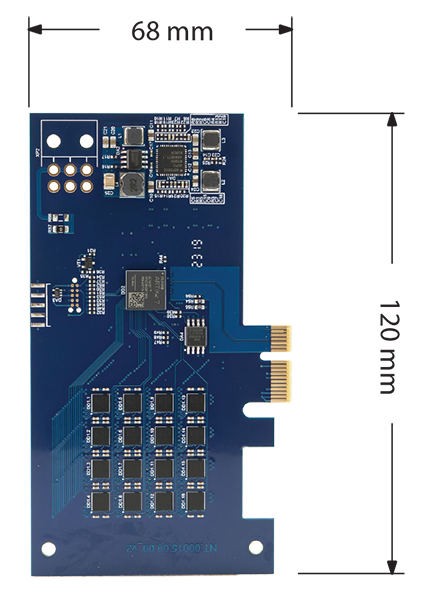 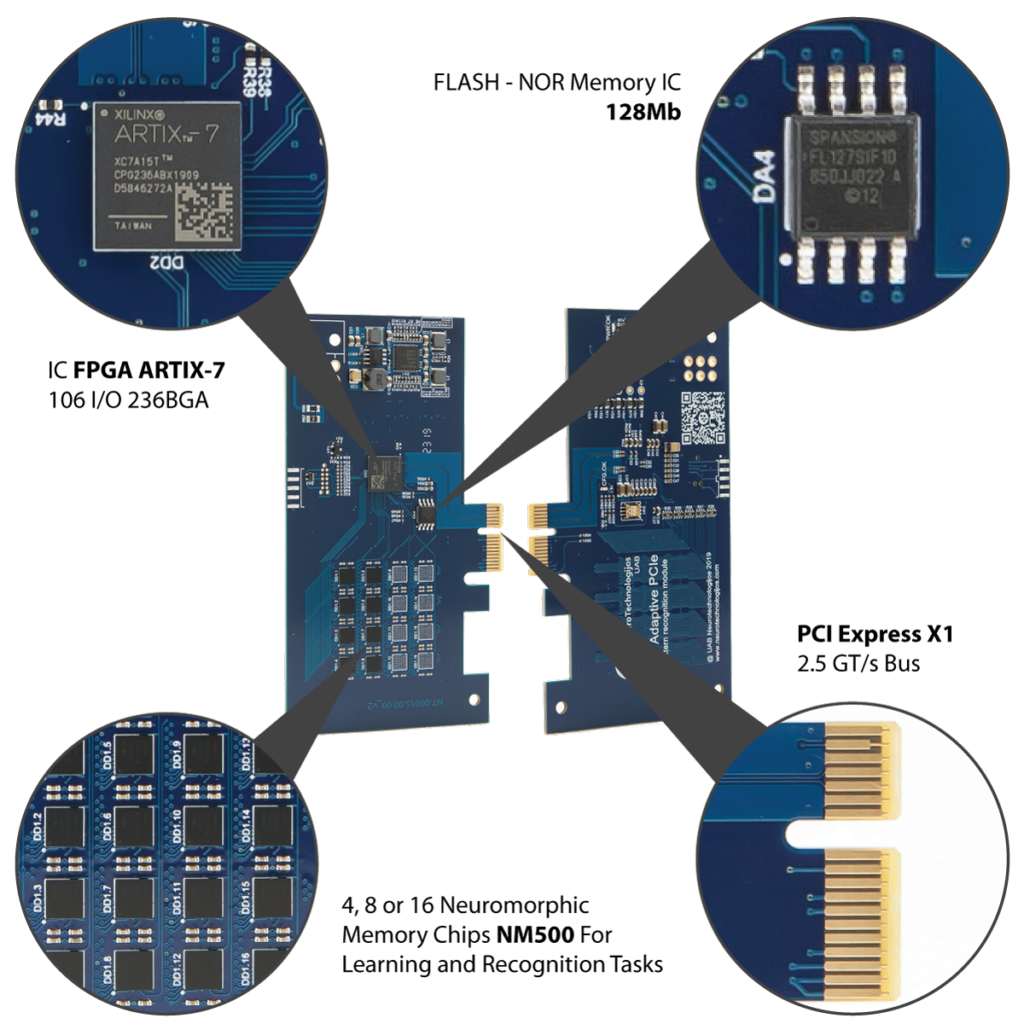